#KnowYourHistory #BlackHistoryInHawaii #FreeHawaii #HawaiianKingdom
Hawaiian Kingdom Historical Facts -
Caucasian plantation owners tried to bring African Americans in to be slaves in Hawai`iʻs plantation fields.
Hawai`iʻs Ali`i were horrified and they passed laws banning slavery throughout the Kingdom.
As a result, when those who were slaves in the US and elsewhere landed in Hawai`i, they walked off the ships as free men, women and children.
Furthermore, arriving in Hawai`i as a result of the whaling and shipping trades people of african descent settled throughout the islands and built lives and businesses in the Kingdom encountering no hate or prejudice whatsoever.
Hawai`ʻs first school to help educate children who weren't royalty was opened by a black man. 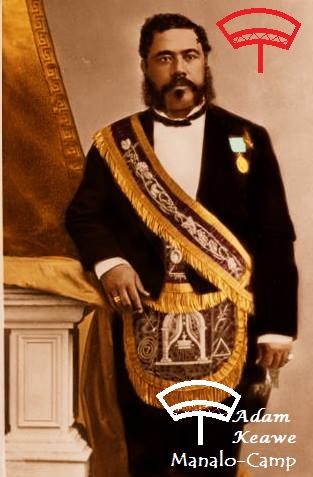 A very important member and lawyer of King Kalākaua's cabinet was black. He also later fought tirelessly to help Queen Lili`uokalani regain control of the Kingdom.
At a time when black people were still considered property in the US and other countries, they came to Hawai`i and prospered. Here they became musicians, educators, poets and more.
In the Hawaiian Kingdom they found freedom. #blacklivesmatter
For more bite sized info, please visit freehawaii.info.
Photo Credit: Adam Keawe Manalo-Camp